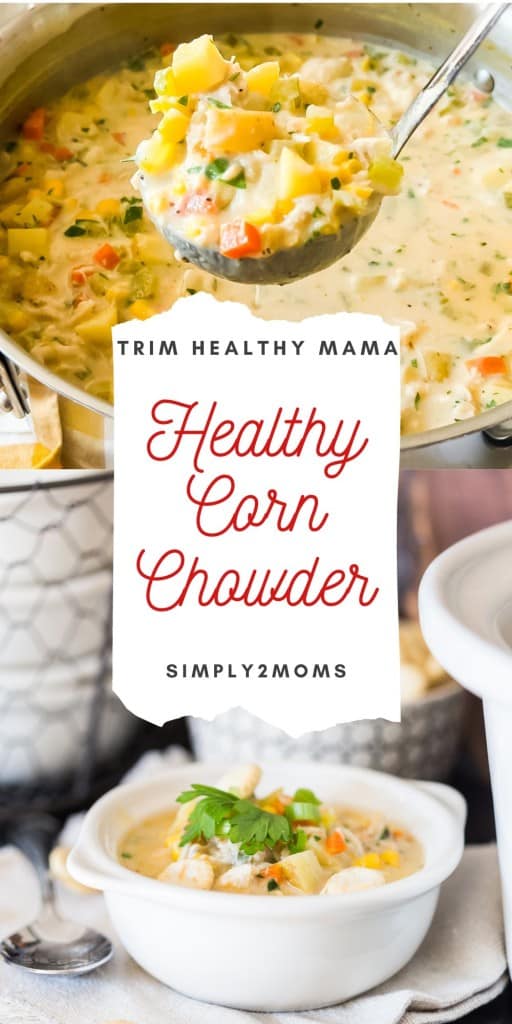 Do you love Crab and Corn Chowder but not the fat? This version features lots of veggies and has just 5 grams of fat per serving! Naturally gluten-free, you’ll find dairy-free substitution suggestions in the printable recipe.

As soon as the weather begins to get a little cooler, I start craving soup.

Like this White Chicken Chili or this savory Autumn Squash Soup.

But now there’s a new soup favorite in my town!

I’ll give you some hints about how it came about.

My mom makes an amazing corn chowder that was one of my favorites.

And growing up in Maryland, cream of crab soup was another kind that’s high on my list.

Both of them feature loads of flavor and fresh ingredients.

Lots and lots of cream…

There was a time when I didn’t need to think about things like fat and carbs, but that’s definitely not the case anymore.

Ahhh, the joys of getting older and trying to stay healthy after menopause.

So I challenged myself to come up with a soup that combines two of my favorites into one healthy chowder recipe.

It took a little bit of trial and error, but I think I did it!

This Crab and Corn Chowder recipe is full of so many fresh ingredients with a generous amount of Old Bay seasoning for flavor.

But there’s virtually no fat, and it’s even relatively low in carbs!

You might be wondering how it’s still any good?

I don’t blame you!

I’d be a little skeptical too if I hadn’t tasted it.

Let’s just say that sweet corn and lumps of crab don’t need a whole lot of dressing up.

They’re pretty perfect as they are.

And when you combine them with all kinds of fresh veggies?

You get a darn good healthy chowder.

What Makes Chowder Different From Soup?

So what exactly makes chowder different from soup?

Technically, chowder is a soup.

It’s one of those all squares are rectangles but not all rectangles are squares kinda things.

The thing that turns a soup into a chowder is consistency.

Soups tend to be thin with a more liquidy broth.

Chowders are thick and rich, with chunks of meat and vegetables.

Chowders also tend to have potatoes.

Of course, there are exceptions to these “rules,” (I’m looking at you Manhattan Clam Chowder) but you get the drift.

How Can You Make Chowder Healthier?

I have a few secrets up my sleeves to make this seafood chowder recipe healthier.

The first one is to use lots and lots of veggies.

Not only do they add all kinds of gorgeous colors, they also are filled with antioxidants and fiber.

A little while ago, Trim Healthy Mama changed its stance on potatoes.

When I first started eating this way in 2016, potatoes were off the table.

However, not all potatoes are created equally.

Turns out that Yukon gold potatoes don’t have as big of an impact on blood sugar as other varieties.

They’re still something to be enjoyed in moderation, but that’s true of everything, isn’t it?

So this tasty crab and corn chowder features some wonderful chunks of potatoes.

I’ve also found that yellow squash is remarkably similar to potatoes when you remove the part with the seeds, so you’ll find some of that in here too.

Since this crab and corn chowder only has 5 grams of fat in a one-cup serving, this is a THM E recipe.

Generally, chowders have big chunks of veggies in them, but I prefer chopping my veggies smaller.

I like getting all the different flavors in one spoonful!

What Kind of Crab Is Best for Chowder?

I grew up in Maryland, so in my book, the only kind of crab you’re ever gonna use is blue crabs!

But now that I live in North Carolina, that’s not readily available.

I recommend sticking to lump crab meat because it’s the sweetest and has the best flavor.

If you’re from another part of the country that likes another kind of crab, we’ll have to agree to disagree…

I like to use the kind I find in the fresh seafood section, not canned.

If you don’t have access to that kind of crab where you live, the canned kind is okay.

Just be sure to drain it and then rinse it gently to prevent it from getting shredded.

Because there’s nothing better than a bite of corn chowder with a nice lump of crab in it!

Can You Thicken Chowder Without Flour?

Here’s where this recipe gets different from other seafood chowder recipes you may have tried.

I’ve got a little trick that I’ve learned from THM for thickening soups!

It sneaks in some extra veggies too.

Instead of using flour to thicken the chowder, I puree cauliflower with some of the bone broth and add it at the end.

Cauliflower is so mild in flavor, you’ll never notice it’s there.

Especially after you add that delicious Old Bay seasoning.

Then, instead of piling on the fat and calories with cream, a little half and half does the trick.

Be sure to leave a star rating and review after you make the recipe.

This helps other people to find and enjoy it too.

Plus it means the world to us!

Use coconut oil or olive oil instead of butter. Substitute 1/2 cup unsweetened plain almond milk for half and half.

As an Amazon Associate and member of other affiliate programs, I earn from qualifying purchases.

Please note that we are not medical or nutritional professionals. We include nutrition information for our recipes as a courtesy to our readers. However, due to wide variations in brands, nutrition data is subject to change for every user. Nutrition data is calculated using My Fitness Pal Pro. All sugar alcohols are subtracted from the final carb count. Please refer to our complete Nutritional Disclosure for more details.

Did you make this recipe?

Pin it to Remember it! 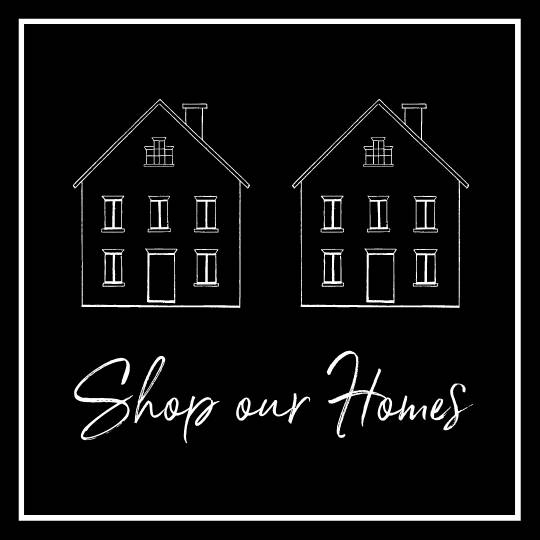